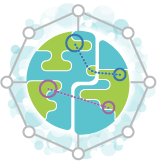 The transfer and storage of data across different jurisdictions is a byproduct of the global, interoperable Internet. However, it can also result in pressures on legal systems designed for the pre-internet age. GNI is concerned that efforts to assert authority across borders and/or limit the free flow of data can impede privacy and freedom of expression, and have the potential to undermine the open Internet.

GNI has engaged on a range of issues that raise important questions about when governments can and should assert authority over data in ways that impact how companies store and process data abroad. These include decisions through which authorities in one country seek to influence the content visible in other countries, as well as data localization laws which seek to impede the ability of companies to transfer data freely across borders.

When it comes to law enforcement requests for data held by companies in other countries, GNI’s framework helps companies respond in ways that protect the privacy rights of their users. GNI also supports efforts to streamline and better-resource the existing Mutual Legal Assistance Treaty (MLAT) system, which allows law enforcement in one country to request evidence stored in other country in order to prosecute crime. In 2015, GNI commissioned a report, “Data Beyond Borders: Mutual Legal Assistance in the Internet Age,” which sets out key recommendations to update MLATs for the digital age. The report drew on the expertise of our multi-stakeholder membership and has been the basis of extensive advocacy directed at governments and international organizations.

GNI also believes it is important to consider complementary approaches that could allow companies who hold data abroad to respond directly, in certain instances, to governments whose laws and procedures meet relevant international human rights standards. GNI provided views on the essential criteria that such an approach must meet in its October 2017 submission to the European Commission, and provided further context in our subsequent July 2018 comment on proposed European e-evidence regulation.

GNI issued a statement outlining a series of concerns regarding the impacts of the EU's sanctions on Russian broadcasters on freedom of expression. GNI recognizes the legitimate concerns about the Russian government's efforts to spread disinformation and propaganda regarding its unwarranted invasion of Ukraine, and the EU's right to respond to these threats. In sharing and publishing this statement, GNI seeks to highlight where the EU's current approach can be amended to ensure harms to freedom of expression are mitigated.
Idan Ben Yakir2022-03-25T17:59:01+00:00

The Global Network Initiative (GNI) welcomes the opportunity to engage with the Office of the High Commissioner for Human Rights (OHCHR) on the practical application of the UN Guiding Principles on Business and Human Rights (UNGPs) to the activities of technology companies ahead of the March 7–8 consultation and subsequent [...]
Chris Sheehy2021-07-08T16:05:32+00:00

Data localization mandates can impact a broad range of human rights, including privacy, freedom of expression, freedom of association, personal security, and non-discrimination. The workshop hosted by GNI and Freedom House explored the technical and legal dimensions of data localization requirements and featured company and non-company perspectives.
Chris Sheehy2020-10-13T04:47:54+00:00

"Content Regulation and Human Rights: Analysis and Recommendations" uses human rights to analyze more than 20 recent, governmental initiatives that claim to address various forms of digital harm. The brief is the result of months of multistakeholder analysis by GNI’s diverse, expert membership, as well as six virtual consultations with government actors and other key stakeholders in Africa, the EU, India, Pakistan, and the UK.
Chris Sheehy2020-06-16T17:22:21+00:00

On 28 May, GNI brought together UN Special Rapporteur David Kaye, Council of Europe Commissioner for Human Rights Dunja Mijatović, and a set of experts from GNI’s multistakeholder membership to explore a human rights-based approach to content regulation in the context of EU Digital Services Act (DSA). Read the event recap or watch the video recording.
Chris Sheehy2020-04-14T12:55:58+00:00

The Citizens Protection (Rules Against Online Harm) 2020, approved by the Government of Pakistan on 21 January 2020, creates significant risks for the privacy and free expression rights of ICT users both within and outside of Pakistan.
Chris Sheehy2020-06-25T14:18:06+00:00

Two recent rulings by the Court of Justice of the European Union — Google vs. CNIL and Glawischnig-Piesczek vs. Facebook — fail to sufficiently consider freedom of expression and privacy risks when EU countries' domestic authorities assert global authority and jurisdiction over online content. Greater efforts at intergovernmental and multistakeholder deliberation are needed to determine the appropriate scope of application for domestic legal orders on global internet companies.
Rocio Campos2019-01-13T21:07:24+00:00

New World Borders: How Governments Assert Authority Across Borders in the Internet Age

Although the transfer of data across jurisdictions is a fundamental byproduct of the global, interoperable Internet, it can also put pressures on legal systems designed for the pre-Internet age. For the 2018 Learning Forum, "New World Borders." GNI joined with ASIL and OTI at New America to explore pressing questions related to jurisdiction and human rights online.
Chris Sheehy2020-11-13T19:25:35+00:00

On 18 September, GNI convened a group of experts to discuss how possible partner countries measure against the criteria the U.S. CLOUD Act sets out for bilateral agreements for evidence sharing, how Congress can help ensure the agreements protect human rights, and how the law may impact Internet governance globally.
Chris Sheehy2019-01-13T16:58:46+00:00