*This piece was originally posted on the GNI Blog* 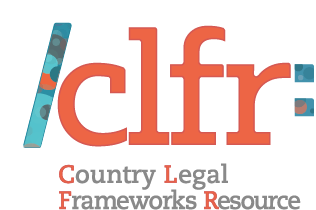 The Global Network Initiative (GNI) is proud to share our new and improved Country Legal Frameworks Resource (CLFR), which centralizes and facilitates search and comparison across a repository of more than 50 country-specific reports on the legal environments in markets where GNI company members have a presence. These reports were commissioned by members and produced by leading global and local law firms.

The CLFR is meant to help companies, researchers, advocates, and individual users better understand the legal powers available to governments seeking to restrict user communications or access user data. Clear laws that respect international human rights law and narrowly define the circumstances in which law enforcement requests can be made are crucial to protecting privacy and free expression rights. This resource shows that many countries are falling short of such clear and rights-respecting frameworks.

The reports also offer an overview of:

4) censorship-related powers, including powers to order ICT companies to block or restrict access to networks, services, and/or websites.

The last two categories on oversight focus on:

This project has been hosted on the GNI website since the TID telecommunications companies joined forces with the GNI in March of 2017. Thanks to the support of the former TID companies and the broader GNI membership, we have continued to update and expand the reports, and we are pleased to announce the launch of a new CLFR website with expanded navigation, comparison, and download features. You can learn more about the methodology and origins of the CLFR on the about page.

What Can You Do with the CLFR?

If you have a story to share on how the CLFR has helped your work, we want to hear from you!

Navigate quickly within a country report to a specific category of legal powers. The screenshot shows how you can review the supplemental powers granted to authorities in the United States for national security purposes — a report we are launching for the first time in this update — with a simple click on the sidebar.

Researchers or others looking to go further can now use the new comparison tool. This feature allows users to review two, three, or four countries simultaneously, directly on the webpage, with the same navigation features to compare specific categories. The example below shows a comparison of legal frameworks throughout Latin America.

The full set of resources, as well as specific country comparisons, are now fully downloadable in CSV format. Recognizing that these resources are not comprehensive and that other organizations are conducting parallel and complementary legal analysis, we have made it easier to export data from our reports and combine and compare them with outside information. For instance, the Cyber-rights Research Initiative and Localized Legal Almanac, or the CYRILLA Collaborative — a global initiative aggregating, organizing, and visualizing distributed legal data through open research methodologies, data models, taxonomies, and databases — has incorporated a number of CLFR reports as supplemental analyses for their existing compilations of countries’ digital rights laws. The set of countries available in both the CLFR and CYRILLA is set to expand this fall, in particular in sub-Saharan Africa and Latin America, which we plan to link to directly on the corresponding CLFR reports.

How Does this Resource Enhance GNI’s work to Promote Rights-Respecting Laws and Policies Worldwide?

The 60+ academic, civil society, ICT company, and investor members of GNI commit to jointly “promote rule of law, transparency, the principles of legality, necessity and proportionality as well as the reform of laws, policies, and practices that infringe on freedom of expression and privacy.” GNI members have used the CLFR reports to demonstrate transparency about the legal environments in which they operate, as a reference tool for shared learning on emerging challenges for freedom of expression and privacy, and to identify and prioritize opportunities for policy advocacy. The CLFR provides evidence to GNI’s research and advocacy in each of the four GNI priority policy issue areas — network disruptions, intermediary liability and content regulation, surveillance, and jurisdictional assertions and limits — helping GNI draw attention to problematic legal trends while striving to identify good laws and practices.

Laura Okkonen, the senior manager for human rights at Vodafone — the company which pioneered the CLFR framework when it released the first reports on 24 countries in 2014 — notes that “tools like the CLFR have been critical as they offer insights into the legal frameworks, governance principles and operating policies and procedures associated with responding to lawful demands for assistance from law enforcement authorities. Having this information available helps us work with companies and advocates alike to drive further transparency, which is why we are excited to support the next evolution of the CLFR by the GNI.”

Looking Ahead — the Importance of Transparency for Protecting Users’ Rights

Balancing the laws binding ICT companies with their responsibilities under international law is a challenging endeavor. This is made all the more difficult when laws are vague, unclear, difficult to access, or not subject to uniform interpretation. The CLFR has already proven a valuable resource for GNI and our members’ efforts to shape and pushback on problematic legal trends in support of rights-respecting laws and policies around the globe.

This resource is meant to help experts and advocates and ICT companies’ users more broadly better understand the legal realities in covered jurisdictions, helping shine a light on problematic government practices risking users’ freedom of expression and privacy. As we continue offering updates to both the content and research tools accessible to CLFR users, we encourage you to follow this project, share your input, and provide examples of where it has supported your work.